Analysis of electricity in Australia

The recent change in electricity consumption in the National Electricity Market was driven by falling activity in the manufacturing sector, offset by consumption increases in the residential and commercial and services sectors.

The emissions intensity of electricity supply fell from 2008 to 2013. Gas-fired and renewable electricity generation were the major drivers of the reduction in emissions intensity between 2008 and 2011 and contributed 80 per cent of the decline. Improvements in the carbon intensity within fuel types contributed the remaining share of the reduction, whereas changes in fuel efficiency have had no statistically observed impact. 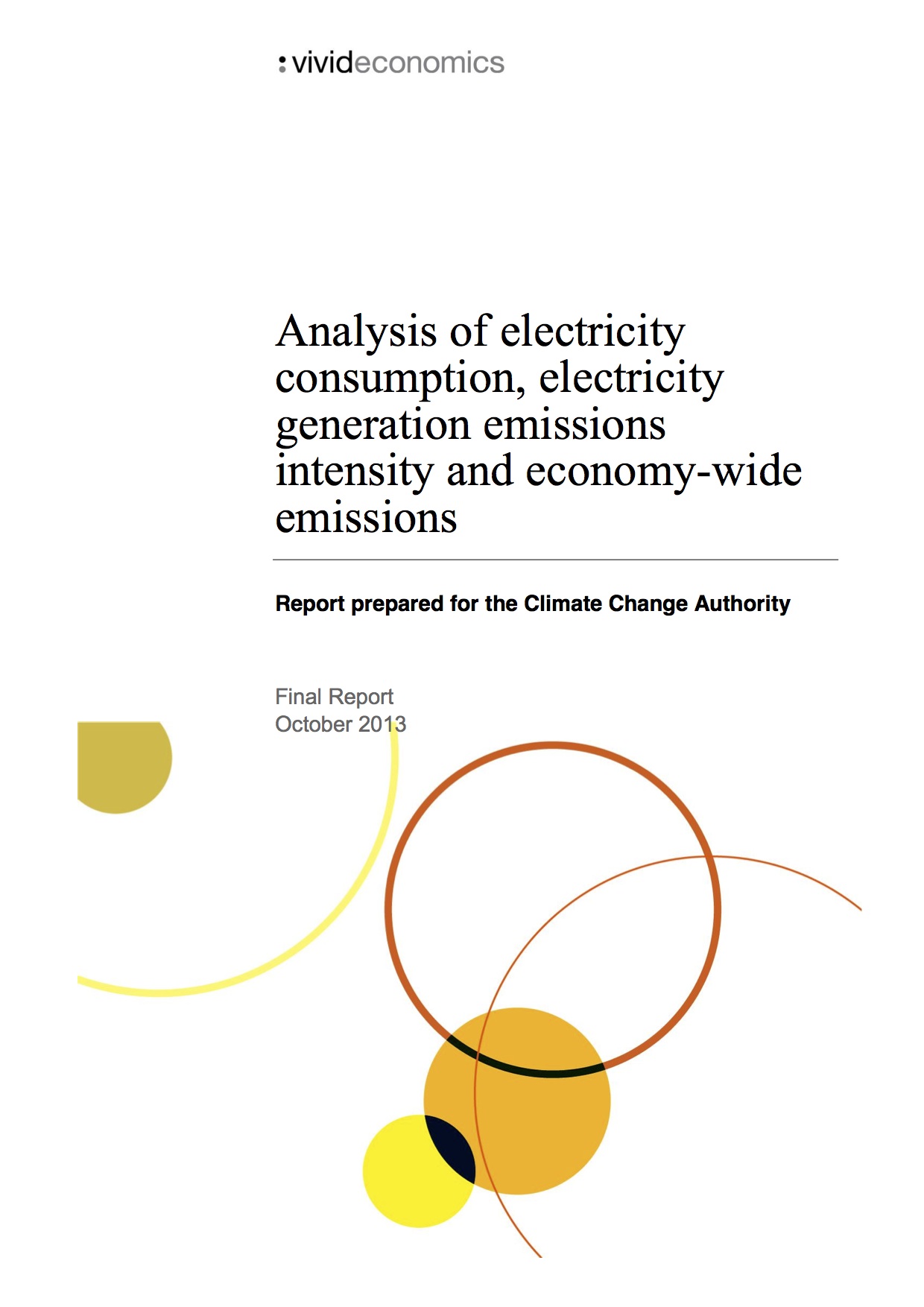